iShares have just launched a new ETF – and we think it could be a game changer.

Some of you will know that certain greedy governments around the world deduct a percentage from dividends known as a withholding tax.

Up until now we believed this nasty tax was mostly unavoidable, but we’re now delighted to say we have a solution!

iShares have just launched a synthetic replicated S&P 500 ETF costing just 0.07%. It’s called iShares S&P 500 SWAP ETF, ticker I500. On the face of it that doesn’t sound too impressive but bear with us while we explain why this changes everything.

This ETF should significantly outperform any physical S&P 500 ETF that you likely hold in your portfolio!

Don’t worry if you have no idea what this means as we’ll cover everything you need to know in this article, but you definitely don’t want to miss this as we think this knowledge could save you over £200,000 over a lifetime! This is no exaggeration, and we’ll show you how we calculated this soon.

iShares are not the first to launch this type of fund but their involvement in synthetic ETFs lends much needed credibility to this ETF replication structure.

In fact, there are plenty of synthetic ETFs available on the London Stock Exchange, but this new launch has led us to reassess everything we thought we once knew about ETFs and investing.

We believe this entire facet of investing is misunderstood or in many cases, people are completely oblivious to it because the major players, iShares and Vanguard, were overlooking it.

In this article we’re going to look at dividend withholding tax, what a synthetic ETF is, their advantages including how they can boost investment returns, and any associated risks.

We will of course finish with what action we’re taking as a result of this.

Where We Look For Synthetic ETFs

Synthetic ETFs are more specialised investment products, which may not always be available on the free trading apps.

Andy (MU co-founder) personally uses Interactive Investor^, which has amongst the widest range of available investments and there you will be sure to find every London listed ETF you can think of.

This tax is one of our most despised because it is often taken without the recipient of the dividend even knowing. Investing in an ISA, which are often paraded as tax free havens will not help you when it comes to dividend withholding tax. ISAs only spare you from the big UK investment taxes.

Many countries will charge exorbitant withholding taxes and finding the rates by country is not easy.

Investors should be wary of this horrid tax and in some cases may want to actively avoid investing in certain countries.

UK investors can reduce US withholding tax to 15% by completing the relevant form, and Irish domiciled ETFs have a tax treaty with the US to also pay 15%.

Truthfully, let us know down in the comments whether you knew that foreign countries were deducting tax from your dividends. We’d like to see just how well understood this deceptive practice really is.

Firstly, let us tell you what our misinformed beliefs were as we suspect that almost everyone has the same perception. We think that most people will either:

There is a belief that there is little reason to use a synthetic ETF because of the risk when there are similar physical ETFs that will achieve the same returns.

We were part of the latter group and when there were alternative physical ETFs, we pretty much had written off synthetic ETFs as unnecessary.

This is understandable when you look at past performance tables and see that physical ETFs are often achieving or even bettering the benchmark returns.

Take Vanguard’s S&P 500 ETF, ticker VUSA. This is a market leading ETF with over $26 billion of assets under management and is a personal favourite of ours.

When we looked at the annual NAV total returns, it beat the benchmark every year, which is remarkable. We’re always told that ETFs can’t beat the market, but we know loads that do (at least against reported benchmarks).

Up until now, we believed that the ETFs we were investing in were performing to our expectations by tracking their indexes closely.

The Truth About Past Performance

It turns out that despite ETF providers stating that they’re tracking a certain index, the reality is usually very different and hidden away in the small print that only an eagle-eyed investor would ever spot.

Collectively we have over a couple of decades of investing experience and we will admit that we have only just learned the truth about the benchmarks as we’ve all been misled.

We’re using Vanguard to demonstrate this but the same applies to all the ETF providers that we’ve looked at. Vanguard clearly state that the objective of the fund is to track the performance of the Standard and Poor’s 500 Index.

Based on this deception it is reasonable to assume that all the benchmark figures are those of the S&P 500.

But the real benchmark turns out to not be the S&P 500 that we are familiar with. We were always under the impression that it was the Total Return of the S&P 500 including reinvested dividends without thieving taxes. How wrong were we?

The reality is that it is the Net Total Return, meaning it has had withholding tax deducted. According to S&P Dow Jones Indices, multiple versions of the S&P 500 index are produced:

When evaluating our investments, we don’t want to see performance benchmarked against a figure that has had a sneaky tax deducted because a smart investor can often minimise tax if they at least know about it – like what we’re about to do by using synthetic ETFs.

What we’d prefer to see is the real total return of the S&P benchmark and a column inserted showing the bridge between the actual return and the benchmark performance. The difference being explained by the withholding tax taken.

The difference between the Total Return and Net Total Return on the S&P 500 is quite shocking. On a 10-year annualised basis it is 0.70% – which translates into a huge cost over the years.

People split hairs over the odd 0.01% when comparing investment platforms and fund ongoing charges, but are being completely hoodwinked when it comes to ETF benchmark performance.

What Are Synthetic and Physical ETFs

Synthetic ETFs provide exposure to an index by entering into a swap agreement with a counterparty, usually an investment bank, to receive the performance of the index.

In other words, they use complex financial derivatives to financially engineer the same return.

Conversely, a physical ETF achieves the return of an index by physically holding the underlying index securities. So, a physical S&P 500 ETF will literally hold shares in the companies that make up the index such as Amazon, Apple, Pepsi, Walmart and so on.

One advantage of synthetic ETFs is that they typically offer a lower tracking error compared to their physically replicated counterparts – although tracking errors are not usually an issue for investments in very liquid stocks found in the S&P 500.

But one of the main benefits of synthetic ETFs is their tax advantages.

As synthetic ETFs do not actually own the underlying securities, they are not liable for withholding tax, leading to an immediate performance enhancement.

The S&P 500 typically pays a dividend yield in the region of 2%. But as 15% of this is instantly lost to the US tax man, this means UK investors are hit with a drag on performance of 30 basis points every year, making your dividend returns around 1.7% instead of 2.0%.

This government theft not only exceeds the ongoing cost of the ETF many times over but has a huge negative impact when compounded over the years.

Earlier we said that this new iShares ETF and ones like it could boost your wealth by over £200k and it’s all because of that seemingly tiny 0.30% performance boost from not having to pay withholding tax. Here’s how.

By using a SWAP ETF instead and therefore not paying the withholding tax you would earn 8% annually on average. In this scenario you would have a final pot of £2.273m. That’s an enormous difference of £194k.

We’ve even been conservative with those numbers as many investors will be stashing away much more than £500 per month.

How Risky Are Synthetic ETFs?

The main risk that comes from Synthetic ETFs is counterparty risk. Counterparty risk is the chance that the swap provider goes belly up and fails to meet their obligations.

An investment bank failing might seem unlikely, but it does happen. Let’s not forget the collapse of the seemingly indestructible giant, Lehman Brothers in 2008.

According to ETFStrategy.com, the popularity of the synthetic structure declined sharply following the global financial crisis due to concerns over counterparty and liquidity risks.

Counterparty risk can be somewhat reduced by using multiple counterparties and this is what iShares have done, with JP Morgan and Citi both being used, with more to be added as the ETF grows.

UCITS ETFs, which this is one, restrict an ETF’s exposure to any counterparty to a maximum of 10% of its Net Asset Value.

The other 90% of the ETF’s value should be covered by collateral held on its behalf, that would be sold to reimburse investors in the event of a default. FYI, synthetic ETFs generally physically invest in a basket of unrelated assets that act as collateral.

In the case of the iShares ETF, collateral will consist solely of non-dividend paying S&P 500 equities, so further reduces the risk as these should be high quality stocks.

What Action Are We Taking?

We’ve still got a lot of researching to do but it seems that our original dismissal of synthetic ETFs was misplaced. Our final thoughts:

Once all the facts are fully nailed down, we will be looking at supplementing our world ETF portfolio with synthetic ETFs!

Do you invest in synthetic ETFs and what are your thoughts on returns and risk? Let us know in the comments section.

^Thanks to anyone who uses the link, it helps the website by giving us a commission if you sign up, at no extra cost to you. 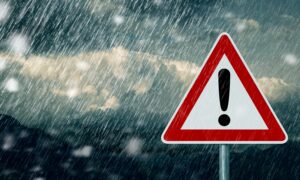 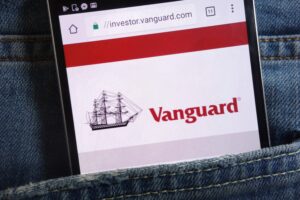 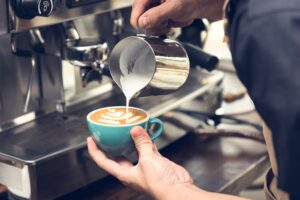