The economy fell 9.4% in 2020 and bounced back by roughly 7% in 2021. But now the recovery looks like it will start to slow in 2022. Where once there were worries of mass unemployment after covid, instead we now have huge labour shortages that are likely to continue throughout the year, stopping businesses from operating at full capacity. Not only are there fewer staff available, but people have been told to work from home again, with a presumable fall off in productivity.

Elsewhere in the economy, the interest rate rise in December was mild, but likely a warning of further rises to come.

The Bank of England’s toolbox to fight the massive wave of inflation currently engulfing the country is running empty, as any significant action they take now will have massive negative consequences for homeowners, businesses, investors, pensioners, and the government finances.

GDP may be heading back to where it was before the pandemic and presumably higher, but business investment is not, suggesting that despite the so-called recovery, businesses are still struggling. Businesses are not able to grow, still in firefighting mode.

The biggest political issue of 2022 is widely expected to be the cost of living crisis, with energy bills skyrocketing and taxes due to go up in April.

Some politicians like Jacob Rees-Mogg are fighting back against tax rises from within the cabinet, but it may be too little too late for many families. And when people reign in their spending, then businesses and investors will feel the pinch to their profits.

Is 2022 going to a tough slog for investors? Or is there anything to be hopeful for, with initiatives like the metaverse taking off, and the return of dividends post-pandemic? Let’s check it out!

And by the way, Stake are giving away a free US stock worth up to $150 to everyone who signs up via this offer link – T&Cs apply, see the Offers Page for full details.

After insisting for months that inflation was “transitory” (meaning temporary), central banks are having to concede that it’s not. Inflation looks like it is here to stay.

It’s currently hovering around 5%, which is pretty damn high. In real terms it means that if you’re not getting a pay rise this year of 5% you’re effectively getting a pay cut.

Inflation was mostly caused by the reaction to covid, both at home and abroad. The main culprits are believed to be the large scale money printing by central banks to pay for schemes like furlough, and supply chain issues due to borders being thrown up around the globe.

So, it looks like we’re going to have a long run of inflation and there’s not much that can be done about that.

To ease inflation, central banks would have to either start taking money out of the economy, or raise interest rates. Neither would be a good thing for investors – but nor is inflation.

Let’s look at the 3 main options for dealing with inflation and how they impact investors:

All 3 outcomes are bad for existing investors, though lower prices are good if you’re buying more. But the most likely course of action we think is option 1: no real action. Central banks may raise rates a little but will do nothing of significance and will wait for the market’s underlying issues to resolve themselves.

These include the container ship shortage, the microchip shortage, and the problem of rising labour costs across the world, particularly in China.

As a sidenote, if you’re an investor in property with a load of mortgage debt, then inflation (without an accompanying significant rise in interest rates) might actually be helpful – your loans stay the same size, but inflation means that their real value goes down. Inflation of 5% effectively wipes 5% off your mortgage debt.

In the same way, governments of the world aren’t very incentivized to address inflation right now. Inflation erodes public debt and can be a blessing in disguise for countries like the UK that are drowning in the stuff. But for the people inflation is often known as the ultimate stealth tax!

Other reasons to think that inflation is here to stay for the long term include:

Aside from inflation, the economy does seem to be bouncing back from covid, which to a long-term investor should be a good thing. But in the short to medium term, it might be better to be investing in a weaker economy.

The fear of the pandemic response being dragged out for at least another year is at least creating some resistance to the tax rises we might otherwise see in a strong economy, and the money-printing that helps push up stock prices is more likely to continue rather than be rolled back so long as we’re in crisis mode.

But in the UK and presumably elsewhere, many industries including retail are on their last legs. 2021 was meant to be a boom year for retail after the 3rd lockdown ended, but when non-essential retail opened in the spring, instead of a runaway boom, we saw several months in which retail sales fell.

Below 100 on the chart is below normal pre-pandemic activity. There are big drops during the lockdowns, and we were supposed to see amazing growth around Freedom Day in 2021. Instead, we saw stagnation.

The omicron scariant knocked confidence out of the economy in the run up to Christmas, further delaying the release of savers’ cash into the economy and thereby into investor’s profits.

And now it may never happen – people will rely on their savings from the pandemic to get them through the energy price rises and tax hikes in April.

The household energy price cap is reviewed then, likely resulting in a £600 energy bill increase for the average household.

Also in April, National Insurance goes up by an effective 2.5% (that’s 1.25% paid directly by you, and 1.25% that your employer has to pay out of their wages budget, impacting your future pay rises). The foretold Roaring Twenties is looking like it’s not going to happen.

Impact On The Stock Market

In the UK, stock valuations remain stubbornly low compared to markets like America. The Brexit effect on this is unclear, wrapped up as it is in the covid debacle. The types of company in the UK are dusty and old fashioned, which doesn’t help the FTSE 100 fight back quickly when it takes a knock.

One positive we saw in 2021 was the return of dividends, after companies reduced or withdrew them during the pandemic:

It’s important though that companies came to their senses and recognised that for many people, receiving those dividends is an important part of their income, and is what pays the bills. Plus, the entire capitalist system is based on the trust that there will be fair reward for risked capital.

Dividends may have returned in 2021 but AJ Bell expects dividend growth to slow in 2022, and even worse will provide a negative real return thanks to inflation.

It also remains to be seen whether companies start to lean more towards share buybacks when it comes to returning cash to shareholders according to AJ Bell, in light of the government’s 1.25% rise in dividend tax.

As many as 22 members of the FTSE 100 have announced buyback schemes post-pandemic, to the tune of £18.7bn of cash to be returned to investors. Shell and Diageo have already made clear their intention to buy back more shares in 2022.

Will 2022 be another successful year for American tech stocks? The noises coming from Silicon Valley are all positive, with their CEO’s gushing with ideas for the future.

We’ve seen NFTs just start to take off, we’ve seen billionaires and actors launched into space, and just before Christmas we were all treated to Mark Zuckerberg’s vision of the metaverse.

If the rest of the world’s companies are in a quagmire fighting supply chain issues and inflation, maybe cash-rich software stocks like Facebook are the best placed to simply apply the blinkers and power ahead.

Tech in the 21st century is like electrification was in the 20th century, or railways in the 19th century – it’s a total gamechanger, and we think that investors with good exposure to tech such as by owning the S&P 500 will continue to do alright long-term.

Could part of the pandemic boom in trendy stocks have been due to the higher savings rates seen as people were locked down? People had more money to play with, and maybe there was a boredom element from being sat around at home. This is surely over now, and the boost to prices that came with it.

Danger Of A Reversal Of The Recovery

Given all the crap going on in the economy, none of us can rule out a serious reversal of the recovery. Some commentators are warning that consumer pessimism is indicating a possible recession. Others point to the multiplication of energy costs that traditionally is an indicator of a recession ahead.

A recession in the economy doesn’t necessarily require a crash in the stock market alongside it, though that is usually the case. But then, there are always reasons not to invest, and the sensible thing may be to just ignore the news, keep your head down, and carry on investing no matter what happens in 2022.

Will 2022 be a bad year for investors? Join the conversation in the comments below! 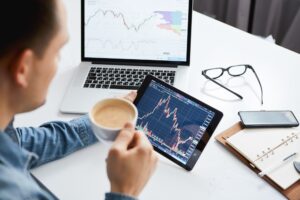 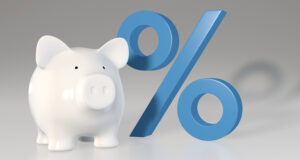 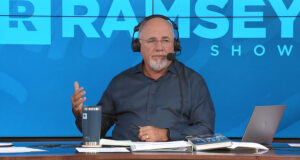 Has Dave Ramsey Lost The Plot On House Deposits?

This website uses cookies to improve your experience while you navigate through the website. Out of these, the cookies that are categorized as necessary are stored on your browser as they are essential for the working of basic functionalities of the website. We also use third-party cookies that help us analyze and understand how you use this website. These cookies will be stored in your browser only with your consent. You also have the option to opt-out of these cookies. But opting out of some of these cookies may affect your browsing experience.
Necessary Always Enabled
Necessary cookies are absolutely essential for the website to function properly. This category only includes cookies that ensures basic functionalities and security features of the website. These cookies do not store any personal information.
Non-necessary
Any cookies that may not be particularly necessary for the website to function and is used specifically to collect user personal data via analytics, ads, other embedded contents are termed as non-necessary cookies. It is mandatory to procure user consent prior to running these cookies on your website.
SAVE & ACCEPT