Whether or not the next big crash is just around the corner, is years away, or is happening right now, you can’t do much about it. You can’t prevent it; you can’t predict when it will happen, or by how much the markets will fall.

All you can do is take steps to ensure your portfolio survives; and thrives.

In this post, we want to share with you our 8-step plan for surviving a market crash, that we’ll be following. Not only should you survive it, but come out far richer than you were before. Let’s check it out!

FYI: Moneyfarm have recently lowered their minimum investment to just £500, and when you sign up via our special link they’ll give you the first 6 months without fees on account balances between £500 and £5,000.

This step involves getting your house in order as much as you can before the proverbial hits the fan. First, check your holdings are not too heavily weighted towards any one industry or worse, one company. In 2008, the banking sector’s neck was on the line. In 2020, it was hospitality and travel.

Maybe the next crash will be tech. Or energy. No-one can know beforehand, so you just need to be well diversified.

If you can’t withstand a downturn because maybe you’re approaching retirement, you can even build a portfolio that is designed to weather bear markets. You can buy defensive stocks, many of which pay dividends; hold more government bonds; own gold; or buy an annuity. The trade-off for this safety is that these portfolios are likely to underperform in bull markets.

You could for instance hold a chunk of your portfolio in the Xtrackers MSCI World Consumer Staples ETF (XDWS), with an OCF of 0.25%. This filters for large & mid cap developed world companies which provide goods and services considered essential. Look at the top holdings: these guys aren’t going anywhere in a recession. People still need to eat, wash, and smoke regardless of the economy.

It’s common amongst stock investors to apply stop-losses to their shares. A stop-loss will automatically sell your shares if the market price falls below the stop-loss price you set.

But when the market crashes, all of your stocks will likely go down regardless of their individual fundamentals, including your defensive stocks like food companies, and broad geographical ETFs that you’d never want to sell. We would not use stop-losses on these investments.

Pre-Crash Step 2: Plug The Holes In Your Home Finances

Be sure you are comfortable enough with your home finances that you wouldn’t feel the need to have to sell your investments during a crash to pay the bills.

If that sounds like you, maybe sell some positions while the sun is shining, so you don’t have to do it mid-storm.

Or better still, long-term you could even structure your career so as to have a recession proof income, such as by becoming a doctor or a teacher. A stock market crash often comes hand in hand with recessions and job losses, so consider if your job is essential.

Step 3: When The Crash Comes, Do Nothing.

So, you turn on the news, and the markets are crashing. Everyone is selling, banks are withholding credit, and companies are going bust left, right and centre.

The best thing you can do (other than breathing into a paper bag) is nothing. At least not immediately.

Crashes typically take months to hit the bottom – you have lots of time to think before you act. The stock market crash of 2020 took 33 days to fall by 34% from the all-time-high to the bottom. Plenty of time to come up with a plan of attack.

But the Corona Crash was a flash-in-the-pan compared to the much more serious stock market crashes of the modern era. The Dotcom Crash took two years to climb down from the pre-crash high to the bottom, from Aug 2000 to Sep 2002. And the Subprime Mortgage Crisis took one and a half years from Oct 2007 to Feb 2009.

If you’ve been building up a large investment pot over many years, a hasty decision to sell when the markets are down could set your portfolio back by years or even decades. There are some events that you just can’t come back from. So, take your time, do nothing in haste, and move on to Step 4.

Step 4: See Through The Noise

The grim-faced commentators on the news will be reporting the crash from the assumption that their viewers have just lost a lot of money, and many will have done, because in a panic they foolishly sold their investments, even their diversified ETFs, and realised their losses. They saw the market plummeting and thought they’d better do something.

But you chose to do nothing. You held the line. You realise that you own just as much of the world economy with your global ETFs now as you did the day before the crash – it’s simply that the world is now temporarily worth less. All is well. You can move on to Step 5.

Step 5: Manage Leverage On The Way Down (If Applicable)

If you’re using any leverage to invest, you’ll no doubt have been making epic returns during the good times, but when the market is crashing we’re willing to bet your fingernails get bitten almost to the bone with panic.

If you are using leverage to invest, keep a close eye on it during a downturn that it doesn’t balloon out of control, and be ready to deleverage if need be. Adding new money monthly as you earn it during a lengthy recession is one way to do this.

Selling leveraged positions in a downturn is usually an extremely costly decision because you’re selling at a magnified low. Leverage enhances price movements in both directions.

Once you’ve composed yourself, you need to try and see the crash as we do, which is as a major opportunity. Unless you’re about to retire or are really highly leveraged, a stock market crash is about the best thing that could happen to you.

A young investor who sees their £10,000 portfolio slashed to a £5,000 portfolio in the mother of all crashes should pop open the champagne – so long as they did their prep. £10k is also largely irrelevant in the grand scheme of things, as one day presumably you’ll be counting your portfolio in the hundreds of thousands, and the buying opportunity is more important.

A falling portfolio doesn’t matter if you’re not about to retire.

That’s stuff which you bought in the past, and as long as the investments were high quality and well diversified it should one day recover back to its pre-crash price and then some. What matters is what you do now, and with prices at irresistible lows, it’s time to go all-in and buy up as much of the world’s assets as you can while they’re on a fire sale.

You likely won’t ever get a better buying opportunity in your lifetime.

We know this isn’t everyone’s cup of tea, but we’ll be better prepared for the next crash now because we know a lot more about available sources of credit for investing – in other words, using leverage.

Any new leverage that you take out while prices are cheap is a potential opportunity to make some killer returns, as and when the markets recover. This is not an excuse to overstretch yourself – only use leverage if you understand the risk.

If you invest in a range of asset classes like stocks, bonds, gold, property and so on, a significant crash in the stock market is a good time to rebalance your portfolio.

In a crash, bonds and gold are likely to have shot up in value, while your stocks and property will be valued very cheaply.

Let’s keep it simple and say your portfolio was made up of 70% stocks and 30% bonds before the crash. Market values may well have shifted such that your stocks now make up 40% of the value of your portfolio and bonds 60%.

In this case, it’s logical to sell half your bonds, and use the proceeds to buy stocks. You now have many more stocks to take advantage of the market climbing up again. The bonds have already done their job on the way down.

If you missed out on the bottom and have spare cash to drop into the market, don’t fall into the trap of thinking you’ve missed your chance, hoping for a double-dip that never comes.

It’s guaranteed that many of your mates down the pub will be doing just this.

They think it’s only worth investing at the very bottom, and since they missed their chance, they’re now waiting for it to happen again. But it probably won’t. Don’t worry about not getting the perfect price – a good price will more than do.

The reason people lose money when the market crashes is that they panic and sell. If you’re investing in highly diversified index funds or similar, all you really need to do is hold your nerve and do nothing, and you won’t lose money long-term.

But we intend to do better than that and use crashes as springboards to bounce our portfolios to new heights, and to do that all we need are these 8 steps.

How are you preparing for the next crash, or are you just ploughing on regardless? Join the conversation in the comments below! 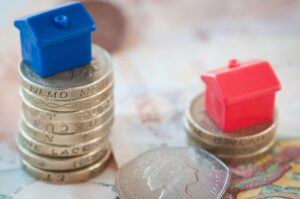 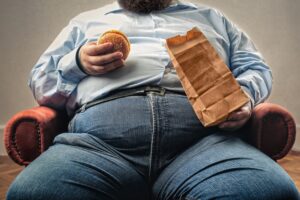 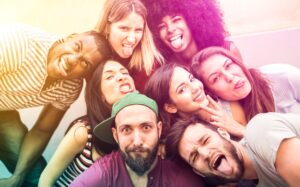