When planning for retirement most people will be eligible to receive the state pension, but unfortunately understanding what and how much you are entitled to can be ridiculously complicated. But we’re going to make it easy here.

The new State Pension changed in 2016, and although it is meant to be simpler than the old system, there are some very complicated changeover arrangements.

This article will demystify state pensions and tell you everything you need to know so that you can plan your retirement with hopefully a little more certainty – although we’re expecting a future government to throw a spanner in the works sooner or later!

Who’s Eligible & When Will You Get It?

You’ll be able to claim the new State Pension if you’re:

If you were born before that then you’d be eligible for the old basic State Pension.

The age that you can claim the new state pension is gradually being raised in an attempt to lower the cost to the government.

They have a dead straightforward form where you bang in your date of birth and up will pop the date you can start taking your state pension.

The State Pension age is under review, so it’s a good idea to keep tabs on this over the years.

How Much State Pension Will You Get?

Not bad but likely to be a struggle if you have made no other retirement preparations.

This amount paid out will also increase each year by the highest of the following:

This is what is known as the triple-lock and it’s a “guarantee” that the state pension would not lose value in real terms. Note, that is a government guarantee, so expect a U-turn to come along shortly.

But to be fair the 2.5% minimum is an arbitrary figure, and this is expected to be dropped to form a double-lock instead, under pressure from Covid.

Back to the £175.20 per week: you won’t automatically get the full amount as it depends on your National Insurance record. The calculation is quite simple. If you have over 35 years of NI contributions you’ll get the full amount. We’ll explain what a qualifying NI year is in a sec.

It may get a little more confusing if you made NI contributions before 6 April 2016. In this case you will get the higher amount of the old pension rules and the new State Pension.

Unfortunately, if you were contracted out, which meant you paid lower National Insurance contributions because you paid into a work or private pension, it gets far more complicated.

This probably won’t apply to most of our audience, so rather than go into unnecessary detail, we’ll put a link to the gov.uk guide here.

Is the new State Pension better than the old system? Well, the old system was so complicated that it’s difficult to give a blanket answer, but analysis shows that more people are likely to be worse off under the new system than those who get a better deal.

So that sucks. But on the plus side, the new system will make things fairer for everybody.

Rather than calculate what State Pension amount you’re entitled to yourself it’s best to check on gov.uk here to avoid any doubt.

There they will tell you the estimated weekly amount that you’ll receive based on the current £175.20 figure, and you can also view your National Insurance record to see where you have qualifying years and where you have gaps.

So, What Are NI Qualifying Years?

A qualifying year is generally any year where you earned a minimum amount of money and pay the required NI contributions.

You don’t have to work every week of the year to gain a qualifying year as long as you earn over those yearly minimums. For example, a few years back Andy (MU co-founder) took a career break and went travelling for 6 months, so only worked about 6 months in that year – but he still earned a qualifying year. Awesome!

In fact, you’ll be likely to gain these NI qualifying years whether you’re working full time (even if you’re on minimum wage), or if you’re working part time for just a few days a week throughout the year.

Also, the qualifying years don’t need to be earned consecutively. You have several decades to build them up, and you can even make voluntary NI contributions to fill any gaps.

If you’re not working, then don’t worry – you may still accumulate National Insurance credits.

You can get these if you’re a carer, you’re unemployed, or for a variety of other reasons. Here’s the full details of what you can earn NI credits for.

You should get a letter at least 2 months before you reach State Pension age, telling you what to do. Obviously if you don’t receive this letter give the claim line a call and they’ll be able to help.

The quickest way to claim is to apply online but you can also do it by phone and by downloading a form – instructions here.

How To Increase Your Retirement Income?

There are ways you can boost your state pension, but you need to carefully consider if you should.

You can actually defer taking your state pension if you choose. For every 9 weeks deferred, the weekly payment increases by 1% . This works out at just under 5.8% for every 52 weeks.

If you do choose to defer, it will take about 17 years to come out financially on top – so is a risky strategy. But it could pay off handsomely if you live for many more years.

If you have any gaps in your National Insurance record and are retiring after 6 April 2016 you can buy up to 10 years’ of contributions.

You can usually pay voluntary contributions for the past 6 years but there are some exceptions, which you can check on the NI record we mentioned earlier for your specific circumstances.

Before you rush out to potentially waste money paying for unnecessary voluntary contributions, you should first consider the likelihood of whether you will gain the 35 qualifying years over the course of your lifetime.

For example, Andy is 32 and has gained 14 qualifying years – he missed 2. He is probably not going to buy these because he only needs to get a further 21 qualifying years to get the full pension and has several decades to earn them, so would be likely wasting money by buying them. Remember, you can’t get more than 35 years.

On the flip side, buying a full extra year will currently cost in tax year 2020/21 £795 (or £15.30 per missing week) and will boost your pension by £4.80 a week, equivalent to about £250 a year. This means that whatever number of extra years you buy, you’ll earn back what you paid in just over three years.

So, if you’re unlikely to hit the 35 qualifying years through natural means, then it’s probably worth buying these extra years.

Will The State Pension Even Exist In The Future?

There’s a good chance that the state pension will not exist in the future and certainly not in its current state. There have been a ton of rumours floating around about what might happen in the short-term.

The triple-lock is under threat, the age you can claim is expected to continue rising, and many people including us think it will eventually be means-tested.

The country is in debt up to its eyeballs and recent Covid costs have certainly not helped with this. People are living longer, and people are having less children, meaning there are fewer working adults paying for those claiming the state pension. The state pension is a pyramid scheme on an epic scale, which will eventually topple.

Also, we think the introduction of auto-enrolment into private workplace pensions is the government’s way of saying that a reckoning for the state pension is inevitable. They’ve essentially forced people to be more self-reliant, so they can cut back the state pension later.

How Else Should You Boost Your Retirement Income?

So, with that despair put to one side, we think it is absolutely essential to take control of your own future, by investing.

You have several ways to do it such as buying funds in a Self-Invested Personal Pension (SIPP) or ISA, or even buying BTL property.

We cover these topics endlessly on MoneyUnshackled.com, so if you’re new here do check out our other stuff.

We suggest you check out our Ultimate ETF Portfolio next, for ideas on how to build a sweet portfolio.

Also, if you want to invest in a Stocks and Shares ISA and need help choosing the best platform, head here to find a full breakdown of all the major investing platforms in the UK to help you choose the one that’s right for you.

Some platforms like Freetrade are even giving away free stocks there, and others like Nutmeg are giving you 6 months without management fees.

What do you think will happen to the State Pension? Join the conversation in the comments below. 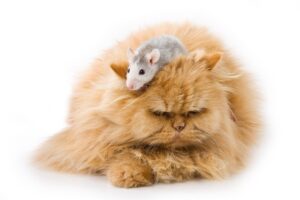 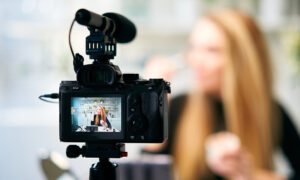 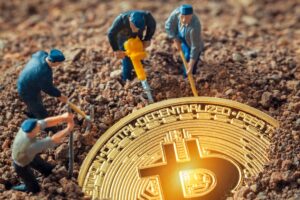