It’s generally accepted that most investors cannot beat the market by stock picking and those that try will often massively underperform and lose a boat load of money. So, with this in mind and assuming cryptocurrency is here to stay, is it any more likely that we can pick the winning crypto?

Bitcoin may be the most well-known and most valuable crypto by market cap, but it’s just one of many. According to coinmarketcap.com, there are over 10,000 different types.

From our experience, many of the largest of these have potential issues which may prevent widespread adoption and thus risk damaging their values.

If you’re the same as us, you’ll be accepting of the fact that you are unlikely to pick the winner from that ever-growing selection. What we need is an index fund that massively increases the likelihood of owning the coins that matter. But you can’t invest in a Crypto ETF because the FCA has banned them. So, what else can you do?

Say hello to Crypto20 or C20. This is the world’s first tokenized crypto index fund, and it holds a basket of the top 20 coins by market cap. In this post we’re reviewing the Crypto20 index fund.

If you’re new here (and even if you’re not), check out the Offers page for hundreds of pounds worth of offers like free stocks with Freetrade, £50 welcome bonuses with Loanpad and InvestEngine, and more.

C20 is essentially a basket of the most valuable cryptocurrencies wrapped up in a single token. Think of it being a bit like an ETF but traded on a crypto exchange instead of the stock market. You can buy and sell as you would any other coin and we’ll soon take a look at how you can do this.

C20 was launched in Dec 2017 by Invictus Capital. Invictus offer a range of investment products focussed on blockchain technology.

At time of writing the fund holdings are as seen here. Unless you’re an avid crypto fan you’ve probably never heard of the majority of these. At the time of filming Cardano was the largest holding, followed by Ethereum, Bitcoin, Binance Coin, Polkadot, and so on.

What you may have noticed is that no single coin dominates the portfolio. This is because the maximum weighting of any single component is set at 10%. Some of those positions are over 10% right now because they have gained in value since the weekly rebalancing. These will be lowered back down to 10% at the next rebalancing interval.

Crypto nerds might also have noticed the absence of Tether and Ripple, amongst others. Tether, which is the 3rd most valuable crypto at time of filming has been excluded because it’s what’s known as a stablecoin – this one being pegged to the USD.

Ripple, another super popular coin, has been excluded due to an ongoing SEC lawsuit that risks a liquidity crisis on reputable exchanges. Presumably if and when this is sorted it will take its place within the fund.

C20 is a closed-hybrid fund meaning no further supply of tokens will be created after the initial coin offering.

How Has C20 Performed?

As you can probably imagine the returns over the past year have been breath-taking, with the funds value having grown by 600%. This includes the large drop in recent months, so prior to this the growth must have been around 1,200%.

We should stress that this is in the past and the future returns might look nothing like this – we can’t predict the future sadly.

Each quarter Invictus publish an insight report and although the latest, Q1 2021, is a couple of months old now there are some really interesting facts. The annualised return of C20 is around 38% since Nov 2017 but the max drawdown was over 93%.

A drawdown is a peak-to-trough decline. This means had you invested at the top, which appears to be at the beginning of 2018, and held until the bottom, which appears to be at the end of 2018, you would have lost almost all your money. If you continued to hold you would have been vindicated but it still highlights the enormous risk that crypto investors are exposed to.

What Are The Fees?

The fund will incur an annual management fee of 0.5% and there will be zero performance fees. This appears to be extremely competitive and is much cheaper than the market average, which is 3% according to Invictus.

As crypto index funds are ground-breaking, we would expect management fees to be on the high end. But even at 0.5% we’d still like to see this come down further but don’t expect this anytime soon.

One fee that we couldn’t find listed anywhere was the costs incurred in running the fund, such as internal transaction costs from rebalancing. With an ETF or index fund invested in stocks we can compare the index with the returns of the fund to identify the tracking difference. This is the best way to identify what you are actually paying but this fund doesn’t have an index in the conventional sense.

Presumably you will be incurring substantial internal transactions costs in addition to the management fee, but as we say, we couldn’t find this.

For speculators who are just hoping the crypto market will continue to surge, or should that be go to the moon, you might not be that interested in what you might consider to be relatively small fees but as index investors, fees are one of the few things that we can control.

If you use a debit card to buy C20 you will incur a 4.5% fee on the Invictus platform – we think that’s far too much to have sliced off the top.

Our biggest concern with the fees is not necessarily specific to C20 but is part of the wider problem with many of the cryptocurrencies such as Bitcoin and Ethereum. The cost to buy C20 is astronomical! The Ethereum network fees – which is the blockchain C20 is part of – are outrageous when only trying to buy a small amount.

It just so happened that the day I was trying to buy C20 was a day that markets were going crazy, so I tried another day as the fees should hopefully be lower. The network fees were indeed better but still not acceptable in my eyes – this time the estimates were around $30.

Don’t necessarily let this put you off – if you were investing much larger amounts than we were in our tests, those fixed fees would become less of an issue. A $30 fee on a few grand could well be worth it, especially if you’re of the opinion that cryptos are going to keep going up.

But at the low end, fixed fees matter. For those that don’t know, certain cryptos have exorbitant fees when buying, selling and transferring them, particularly when the network gets congested.

The average transaction fee for Ethereum has got ridiculous in recent months with a typical fee of around $20 per transaction.

How To Invest In Crypto 20?

According to Invictus there are currently 5 places you can invest in the C20 fund. 4 of these 5 places are on crypto exchanges – HitBTC, ForkDelta, Uniswap, and Ovex.

We don’t have any experience with these exchanges and none of them seem to offer the ability to exchange government currencies like US Dollars, Euros, or British pounds. Therefore, if you’re looking for an easy way to invest in the C20 fund this route probably isn’t for you. Moreover, none of these exchanges are amongst the top ranked on coinmarketcap.com, so this hardly instils confidence.

The 5th and final method of investing in C20 is to use the Invictus platform and is the way we had intended to invest if it hadn’t been for the high entry fees as already mentioned.

The Invictus platform is beautifully laid out and simple to use. You’ll also get an optional wallet where you can store your C20. To invest all you need to do is click Invest at the top, choose Crypto20, and then select your payment method. There is currently a $100 minimum investment, which Invictus openly admit is due to the “substantial Ethereum network fees”.

You’ll have to sign up with its payment gateway provider and then you’ll be able to buy, with the C20 tokens sent to your wallet. In this example, I’m only getting $100 of C20 but it’s costing me $137. Ouch!

Don’t forget you’ll incur similar network fees if you ever plan to convert back to government money like pounds.

How To Store Your C20 Tokens?

You’ll be able store your C20 tokens in any ERC20 compatible wallet, such as Ledger or Metamask.

For convenience though, Invictus launched their own wallet in 2020, which is really handy as you’ll be able to see all your investments when you log in to the Invictus platform. This would have been perfect for my needs!

Also, Invictus even encourage you to use completely offline storage through devices such as Ledger or Trezor if you are storing a significant value or do not plan to access your funds in the near future.

As mentioned, the fund has a component cap of 10% – preventing a single asset, and thus single source of risk, to dominate. This satisfies our attitude to risk but 10% seems like an arbitrary number. Over time it might become apparent that one or two cryptocurrencies are going to become the standard, so limiting exposure to these superstars might be a huge drag on performance.

If you think that the future is Crypto but don’t know enough about the individual coins or understand the different technologies at play, then C20 could be your route into this new asset class. However, the large fees to invest would suggest that you need to buy at least several hundred pounds or dollars’ worth of C20 to justify the entry and exit costs.

Even if you think the future is Crypto you would need to be a long-term investor. The asset class is so volatile that on paper you could lose nearly all your money in a matter of months based on the history.

As for us, we can’t justify paying the large network & card fees to purchase but if there ever becomes a point where the fees drop substantially, then we definitely will consider investing.

What do you make of the C20 fund? Will you be investing? Join the conversation in the comments below. 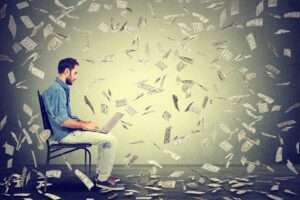 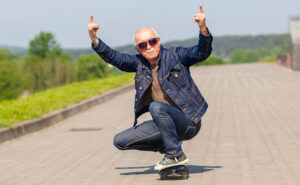 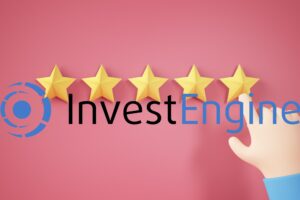 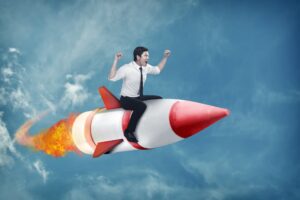