A frequent dilemma faced by investors is, what asset allocation is best? What percentage of your portfolio should be in stocks and how much in bonds, and how much, if any, should be in other asset classes? – property, gold, cash, crypto, and so on.

The answer to this question could depend on many factors such as attitude to risk and age. The ‘100 minus age rule’ seeks to answer this pertinent question but does the rule work? Did it ever work?

In this post, we’re going to first look at what the  ‘100 minus age rule’ is, then look at the problems with it, and then suggest some other options so that you can maximise your investment returns for a given level of risk. Let’s check it out…

It’s generally recognised that stocks will outperform bonds over the long term. There are many studies that go back several decades, and the Barclays gilt study goes as far back as the year 1900.

We think the conclusion of this study is stunning – see below. It shows that stocks have absolutely annihilated UK government bonds over time. For the 115 years analysed, a £100 investment in equities would have grown to over £2.2m. But the same £100 invested in gilts would only have returned just £36,000. Note that the insignificant rounding we applied to the equity figure was the total return from gilts. I mean that’s says it all – the gilt return is a rounding error. 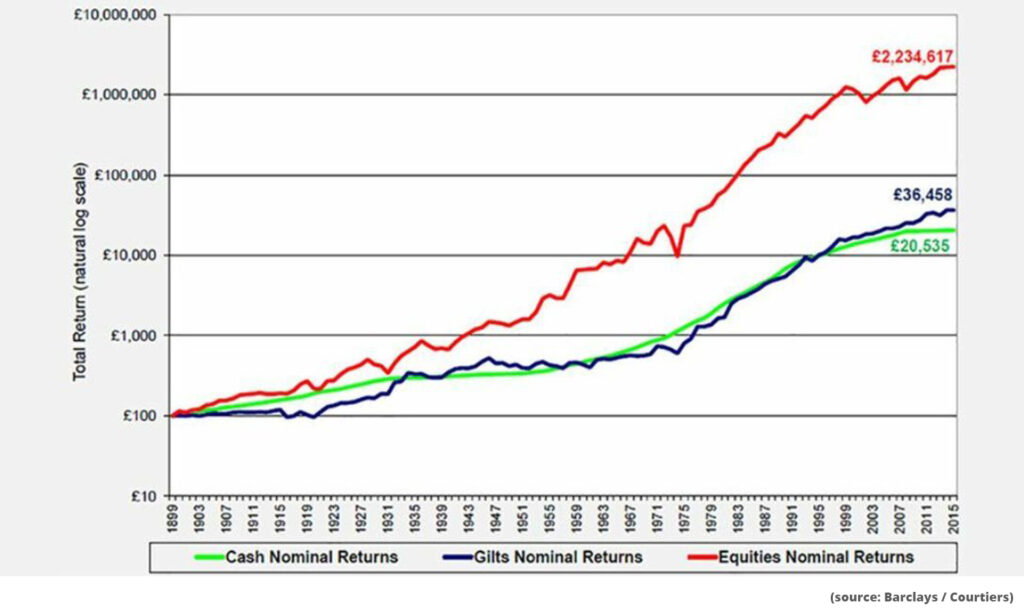 Armed with this knowledge you might think that this means you should invest 100% in stocks, but unfortunately it might not be that straightforward. There have been long periods when stocks have not only underperformed relative to bonds but have also had negative returns spanning many years. This could be a problem if that stock market underperformance period happens to fall during the years that you’re investing.

Government issued bonds such as UK gilts and US treasuries tend to be far less volatile than stocks. This means they can be ideal for investors who cannot handle the huge swings that you often get with stocks.

Not only that, but stocks and bonds react differently to the things happening in the economy. For example, a change in interest rates will have a direct effect on bond prices. That’s not to say they don’t impact stocks at all, because they do, but the impact is not as prominent and is more indirect.

To get to the point, stocks and bonds behave differently and holding both in your investment portfolio can reduce volatility and help to increase the chances of steady growth. This will likely lower overall returns over the long term but may help an investor to sleep at night as it hopefully avoids huge portfolio losses at any one time.

As we just discussed, most investors will want to diversify across asset classes because it enables them to maximise return for a given level of risk. The difficult part is how can you determine what asset allocation you should choose.

This is where the ‘100 minus age rule’ helps because it’s so simplistic. The rule of thumb says, you take your age and deduct it from 100. The figure you get should be the percentage that you invest in the “risky” stock market, with the rest being held in “low risk” bonds.

As you get older most people will be more concerned with the return of their money rather than the return on their money. This is because when you’re young, if you lose money you have the time, and probably the health and ability to fix this. Also, you will have more years for stock markets to recover. You won’t have this advantage the older you are.

Why The Rule Doesn’t Work

#1- Designed When Bonds Were Good

The biggest gripe we have with the rule is that it was created when interest rates were good but that’s not the world we live in today. Even when we were younger, we can remember receiving juicy interest payments on cash savings, but today you will get next to nothing.

The chart above demonstrates what’s happened to interest rates nicely. It shows the US 10-year treasury yield rate from 1962 – almost 70 years. This rate is the benchmark used to decide mortgage rates across the U.S. and is the most liquid and widely traded bond in the world. In other words, it’s a great proxy for the return an investor could expect from bonds.

A you can see the current rate is a joke – we won’t sugar coat it. Moreover, the long-term trend has been downward and if the interest rates from other countries are a sign of things to come, then rates could get even worse.

A 50-year-old investor basing allocation on the ‘100 minus age rule’ would have half of their portfolio in this lacklustre asset – returning nothing and producing a negative real return.

Another problem with the rule is that when it was first conceived an investor would have likely had access to only their local stock market and local bond market. Today we can invest in almost anything imaginable.

It is possible to invest in almost any listed company in the world, and the range of available assets classes has also greatly improved. To put it another way, we can build a portfolio that just wasn’t possible decades ago. For one, Gold, which historically has been a great store of wealth over the centuries, was illegal to own in the US from 1933 to 1975.

This means that other investments that would have been beneficial to an investor’s portfolio had not been considered when the rule was first formed. Today it doesn’t make sense to stick with just 2 asset classes when there’s so much more choice.

#3 – Not All Equity Carries The Same Risk

Not all stocks are created equal. Some are very cyclical and boom and bust with the economy, whilst others are essentially bonds in terms of their risk.

A water utilities company will have very predictable revenues as demand for their product is very stable. We all need to drink no matter what hell is happening in the economy. Therefore, defensive stocks like water companies will have more stable share prices and dividend pay-outs. It seems crazy to lump this type of company with more risky stocks such as a car manufacturer or an oil exploration company.

#4 – No Longer Need An Annuity

In 2015, UK pension rules were changed so that you don’t have to buy an annuity when you retire. An annuity is an insurance product, which guarantees an income.

Instead you can keep your pension pot invested and drawdown on it, but this puts you at the mercy of investment markets. Therefore, it’s really important that your investments continue to work well beyond your retirement age as you may need this money to last for decades. Imagine being aged 70 with 70% of your wealth in bonds producing no return. Your pot will run out leaving you royally screwed.

We all are living longer. If you’re hanging up your working boots decades before your expected age of death, you need that investment pot to continue growing at a respectable rate above the meagre return provided by bonds.

We’ve covered this a few times recently but as reminder, governments around the world including the UK are broke. An axe will have to be taken to areas of government spending that are unaffordable, and we’re sad to say the axe will almost certainly fall on the state pension sooner or later.

Consequently, you are fully responsible for your future and you need to grow your own investment pot. To give it the best chance you need to take on more financial risk than what the ‘100 minus your age’ rules implies.

Now that we’ve disproved the rule, What Other Options Are There?

Some financial advisors are now supporting ‘110 or 120 minus your age’. It’s exactly the same concept but ensures you hold more equity than the previous rule proposed. So, for example, a 40-year-old using the ‘120 minus their age’ rule would have 80% in stocks and 20% in bonds. Even at age 70 you would still have 50% in stocks.

We can’t advise you, but this modified rule does give your investments a better chance of surviving for longer.

We also wouldn’t ignore other asset classes. We would be more inclined to split the allocation of the portfolio previously assigned to bonds to also invest in other defensive assets such as gold.

Property could also be used as their values don’t fluctuate as much as stocks and tend to have more reliable income.

Vanguard use a glide path in their Target Retirement range of funds. We don’t have time to discuss them in any detail now but check out this post if you’re interested in learning more about Vanguard.

We don’t know the origin of this particular glide path, but Vanguard must have faith in it as they built an entire fund range around it.

This differs to the ‘100 minus age’ rule as it shifts from equity to bonds more slowly and never drops below around 30% shares no matter your age.

Instead of basing asset allocation solely on age, Larry Swedroe, an investing guru, encourages us to consider the amount of risk we can tolerate and proposes these allocations:

An investor who could accept a loss of 35% should split their portfolio 80% stocks to 20% bonds. We really like this method because it takes into account all our unique risk tolerances. As you age you can adjust your portfolio as your risk tolerance decreases.

Build Up A Large Pot So It Doesn’t Matter

Here at Money Unshackled we think that the amount of wealth you build is entirely up to you. If you are in a position where you have to live in retirement constrained by money decisions, then you didn’t build up a large enough pot.

Our plan is to build up so much wealth that we can live comfortably through retirement without worrying about it running out. Constantly worrying about money is no way to live. This would mean we can leave our wealth invested in riskier assets as it wouldn’t matter if the markets were to fall, as the likelihood of the pot running down is practically zero.

This is one way the rich keep getting richer because they’re not constrained by money concerns and their wealth can grow unimpeded. For our younger readers we would urge you to take measured risks while young, so you don’t have to count pennies when you’re old.

What is your asset allocation and why? Let us know in the comments below.

Now go claim your free stock. The Stake platform have a give-away offer of a free stock for every new customer – worth up to $100. It’s a platform for UK investors interested in accessing the US market.

Check out the MU Offers page for the offer link and more info! 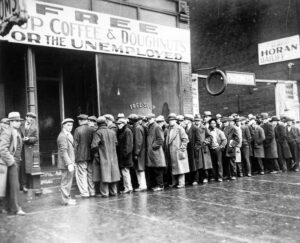 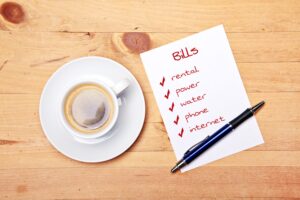 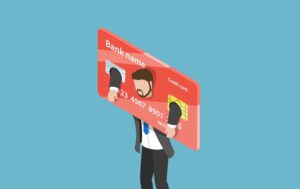 Should Debt Be Cancelled? Debt Jubilee 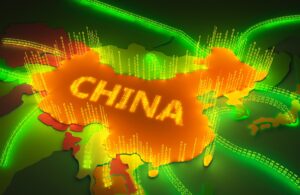 How and To Invest In China Stocks From The UK